Read More about our President...

Stuart G. Harper is of Mohave Indian decent and a member of the Colorado River Indian Tribes.  Stuart married his high school sweetheart Alaine.  They have been together going on 41 years. He served in the U.S. Army and is a Vietnam Veteran.  He has been coaching youth sports for the past 25 years, everything from basketball, football and many more. Stuart spends a majority of his down time fishing.

Stuart has been involved in many projects, boards and committees; he has been on the Board for Unified Solutions for many years. 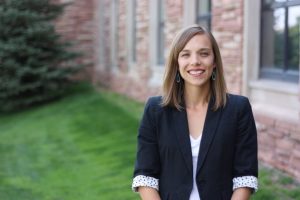 Kate R. Finn is Executive Director of First Peoples Worldwide. Her expertise concerns articulating how the impacts of development in Indigenous communities must be addressed at all levels of business and investment to build healthy Native economies and communities for generations. Among several papers, she co-authored Social Cost and Material Loss: The Dakota Access Pipeline, Harnessing Private Equity for Indigenous Peoples and Responsible Resource Development and Prevention of Sex Trafficking: Safeguarding Native Women and Children on the Fort Berthold Reservation. Her article “Recalibrating Risk Assessment for Indigenous Women” appeared in the March 2020 issue of Green Money Journal. Prior to her directorship, Kate served as Staff Attorney for First Peoples.

Kate holds a J.D. and a master’s in public administration from the University of Colorado, and a B.A. from Princeton University. She was the inaugural American Indian Law Program Fellow at the University of Colorado Law, where she worked directly with Tribes and Native communities. She serves on the boards of the First Nations Community Financial and Unified Solutions Tribal Community Development Group. Prior to her work with First Peoples, she served as a Program Coordinator with the Denver Victim Services Network, working on the local level to connect service agencies, and advocated at the federal level for adequate protections for victims of crime. Kate is an enrolled citizen of the Osage Nation.

Darrell Dowty, Cherokee, received his Juris Doctorate in 1976 from the University of Denver.   He received a BSBA in Management from Tulsa University in 1972.  He also graduated from Haskell Institute in Lawrence, Kansas in 1966.  He has 25 years of experience as a senior felony prosecutor and trainer.  Seventeen of those years have consisted of courtroom experience in major felony prosecution specializing in homicide and sexual abuse cases.  Judge Dowty spent seven years in the headquarters office of Oklahoma’s prosecution system where he was responsible for training all of the State’s prosecutors and support personnel.

Since 1999, Judge Dowty has served on the bench of six Tribal courts including the Supreme Courts of the Cherokee Nation for 16 years.  He currently serves on the Supreme Court of the Quapaw Nation and as Chief District Judge for the Sac and Fox Nation.  Judge Dowty has been a presenter/trainer for the Northeastern State University Criminal Justice Studies Program, the Oklahoma Council on Law Enforcement Education and Training, the Oklahoma District Attorneys’ Council, the DOI Bureau of Indian Affairs, the Native American Domestic Violence Coalition,  Unified Solutions Group, the Center for Court Innovation, the National Center for State Courts, the Tribal Law and Policy Institute (TLPI), Fox  Valley Technical College, the Native American Indian Court Judges Association (NAICJA) and is a past member of the NAICJA Board of Directors. 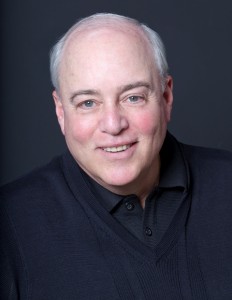 Steve came to the Denver District Attorney’s Office in 1983, after seven and one-half years in the First Judicial District Attorney’s Office in Colorado. Steve serves as the Director, Special Programs Unit.  This includes administration of the Denver Victim Assistance Law and Enforcement Board.  The creation and/or supervision of cutting edge Criminal Justice Programs is an integral part of Steve’s work.  These programs include the Denver Anti Trafficking Alliance (DATA), Cold Case DNA Project, Justice Review Project (Post Conviction DNA Innocence Review), Witness Protection Program (recently named a model of innovation by the National Association of Prosecuting Attorneys), Victim Services Network (VSN), Juvenile Diversion Program, Domestic Violence Fast Track Program, Community Advocacy Program and the Rose Andom Family Justice Center, Elder Abuse Forensic Collaborative, Communities Against Senior Exploitation (CASE), the Drug Endangered Children Collaborative, and Courtrooms to Classrooms.  The Denver Victim Services 2000 Project (or VSN) is designated by the U.S. Department of Justice as the single urban site in the United States for a demonstration model of a victim services network.  Steve is the past Chair and current member of the Governor’s Advisory Council on Victims of Crime.  He was appointed by the Governor as a founding member of the Colorado Criminal Justice Commission.  Over the course of his thirty-eight year career he has been a catalyst for the development of interagency protocols that have been replicated nationwide on Domestic Violence, Sexual Assault, Child Abuse, and Victimization of the Elderly and Disabled.

Steve served as one of the crisis team leaders in the response to the Columbine High School tragedy.  His responsibilities included oversight of the crisis response, liaison between the jurisdiction and the United States Department of Justice, and consultant to the School Board and Administration.  He continued his support of the services to the Columbine community by serving on the Executive Committee of the Mile High United Way/McCormick Tribune, “Healing Fund Foundation.”  This resulted in his consultation work with various affected communities in the aftermath of mass tragedies such as; the Colorado Platte Canyon High School tragedy and the shootings at Virginia Tech University.  Steve served as an advisor to the United Way of Connecticut and as faculty at the Symposium for Recovery for the Sandy Hook/Newtown communities.  Steve was honored to be a member of the Executive Committee that created the Aurora Strong Resiliency Center in response to the Aurora Colorado Theater Shootings in 2012.  Most recently, he has been a senior advisor to the US Department of Justice and Massachusetts Office for Victim Assistance in response to the Boston Marathon Bombing. 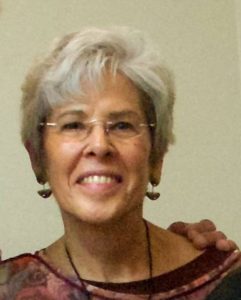 Before relocating to Tucson, AZ, Marcia Zaccaria enjoyed a 36-year career in education.  Marcia taught English and reading, supervised teachers, wrote curricula, served as the vice principal of both a junior and senior high school, and served as a district-wide administrator and testing coordinator in several school districts serving diverse populations.  Marcia has a Master’s Degree in Education and a variety of education-related certifications.  She served as an Adjunct Faculty member at the University of Pennsylvania and established a teacher training institute in Southern New Jersey.

After relocating to Tucson, Marcia began applying her skills as a teacher and administrator in the community.  Marcia joined the board of Unified Solutions Tribal Community Development Group in 2004.  She is a leader in several organizations in Tucson that promote intercultural understanding and tolerance.  She teaches classes and facilitates workshops empowering people to better understand each other and bring seemingly opposed groups together.  Last year Marcia and her husband Michael were selected by the Foundation for Inter-Cultural Dialogue to travel to Turkey to promote understanding between Turks and Americans.  Marcia and Michael also recently traveled and volunteered in India.  To stay abreast of current issues and challenges impacting tribes as well as identifying potential solutions to current challenges, she and Michael spent the summer of 2011 visiting Indian reservations and participating in the U.S. Attorney’s Conference in Rapid City, SD.  Marcia is an award winning clay artist.  She and Michael have four children, Alyssa in Delaware, Daniel in Pennsylvania, Shari in Colorado and Marc in NJ with his sons Jake and Benjamin.

Justice has supported the federal government for over 20 years in both engineering and business development roles. Justice’s career began as an electrical engineer supporting the Department of Justice out of ERF Quantico providing engineering analysis on vulnerabilities within security products supporting mission critical operations. Prior to becoming a principal at BRCI, he served as Vice President of Black Box Network Services Security Practice; Electrical Engineer for General Dynamics Advanced Information Systems supporting classified missions; and held a variety of technical, management and business development assignments for GTSI/Unicom. He also consulted for a variety of large government services contractors. Justice received his associates in Electronic Engineering from Tesst, College of Technology and a Bachelor of Business Administration from Walden University.